EKATO in FGD Plants since 1979

EKATO is world market leader for agitators in flue gas desulfurization, having sold more than 12,000 agitators in over 1,500 FGD-plants worldwide.
Table of Contents

Since 1979, when the FGD market rose in Europe and the USA due to more stringent emission limits, EKATO equips coal fired power plants with agitators specifically designed for the extreme demands on the equipment and set the benchmark for todays used technology. With more than 12,000 agitators sold worldwide, EKATO is the No.1 agitator supplier in this market.

During the first years of the 1980s, the absorber sump of an FGD plant was generally equipped with a sparger grid to inject the oxidation air into the process. The little outlets of the pipes were easily plugged by the solids and led to significant investment, repair and maintenance costs.

Under this aspect EKATO developed in 1983, with numerous from lab tests to operational scale, the agitator gassing system with the oxidation-air-lance placed in front of the impeller. With this new development EKATO set the first benchmark on the FGD market. Nowadays more than 90 % of all modern FGD plants worldwide are using this kind of agitator-lance-system. One other big issue in the FGD process is the high abrasion on the impeller blades forced by high solid concentration and flue ash. Extending the life-time, was the goal for developing the EKATO Wingjet impeller.

In 1994, EKATO discovered the innovative approach in the aircraft construction. At the wingtips of modern jets, you will find a so called winglet. Inspired by that, the EKATO Wingjet has a winglet at each blade which highly reduces the vortex created by the pressure compensation at the blade tips, the main reason for abrasion. This impeller design still remains the benchmark for today’s FGD Agitators.

There are three main desulfurization processes, each of which is applied in a number of modifications:

Because the absorbents lime and ammonia are readily available and the product of the wet process is easily used or disposed of, this process is now employed by over 90% of all desulfurization plants worldwide. The picture provides a simplified flowchart of such a plant, in this case the two-stage KRC flue gas desulfurization process. With this process, the sulfur dioxide (SO2) contained in the flue gas is absorbed chemically in an aqueous washing suspension of limestone (CaCO3), quicklime (CaO), or slaked lime (Ca(OH)2) according to the simplified formula

and then oxidized with atmospheric oxygen O2 in a series of steps to produce gypsum (CaSO4):

If limestone is used, one starts the process by mixing limestone flour and water in a preparation tank and then transferring the resulting suspension to the scrubber feed tank. Because the absorption process reacts sensitively even to tiny fluctuations in the scrubber feed, the particle distribution in the limestone suspension has to be absolutely uniform – despite widely varying tank geometries.

The cleaned gas leaving the plant is used to cool the incoming flue gas down to about 50°C. The latter is then fed into the side of the one- or two-step scrubber. Mounted above the flue gas inlet are a number of levels of nozzles, which spray the gas with continuously recirculated washing suspension. Using the counterflow principle, this effectively washes the SO2 out of the flue gas together with other acidic and toxic gases (hydrochloric-acid gas, hydrogen fluoride).

The suspension then runs down into the absorbent sump below the flue gas inlet. Here the intermediate products that have formed (calcium sulfite, hydrogen sulfite) are oxidized by air blown in through lances to produce gypsum. The resulting gypsum suspension is passed via hydro cyclones (for separation and recycling of fines) into the gypsum suspension tank. After being dewatered and dried, the gypsum is available for various uses, e.g. in the construction industry.

The horizontally mounted agitators installed in a number around the scrubber tower will maintain a complete and reliable off-bottom suspending. Any sedimentations and buildup of the in the scrubber sump formed gypsum particles have to be avoided for an uninterrupted continuous operation of the scrubber tower.

This is achieved by optimal angular settings, both vertically (α) and laterally (β), plus strategic placement of the agitators around the scrubber.

If the calcium sulfite is produced from the sulfur dioxide and lime is oxidized to gypsum with air from crossed-pipe gassing systems (fix sparge grid), the scrubber agitators have to keep the solids in suspension in the scrubber sump.

But such crossed-pipe gassing systems are material-intensive and inflexible in partial-load operations. They are also highly susceptible for clogging what is leading to a reduced oxygen mass transfer.

The by EKATO developed agitator-lance gassing system represents a substantial simplification compared with crossed-pipe gassing. This system employs one or more lances on the pressure side of the impeller to introduce the oxidation air. Here it is dispersed in fine bubbles by the high flow velocities of the by the impeller created flowing stream and distributed over the vessel’s cross section.

This agitator-lance gassing system became soon the standard in the wet limestone FGD process as it offers great advantages.

The large pipe openings are very unlikely to clog up. As a result stable efficiency of the oxidation air dispersion in continuous operation as well as lower maintenance costs are provided.

The EKATO Wingjet, an impeller specifically developed for the use in FGD absorbers. With its CFD optimized geometry and its cast formed blades this impeller offers the following advantages:

The shut-off device makes it possible to service the mechanical seal, or even replace it entirely, without shutting down or emptying the absorber tower.

Properly selected materials considering the pH level, the temperature and the chlorides, fluorides, solids and oxygen in the media being agitated are essential for reliable agitators with long lasting lifetime.

In practice there are two fundamental cases:

The parts of the side entry agitators coming into contact with the highly corrosive and abrasive media are made of Super Austenitic stainless steels or made of Super Duplex materials.

The EKATO Wingjet impeller is made of a cast formed Super Duplex material. In addition a gapless design and sealed connections of the parts in contact with the product minimizes crevice corrosion and pitting by the acidic media and their chlorides

EKATO FGD agitators are installed and successfully in operation in hundreds of power plants worldwide since 1980. With more than 12,000 agitators sold worldwide to over 1,500 FGD plants, EKATO is the No.1 agitator supplier in this market. For a detailed reference list worldwide or for a specific region please contact us. 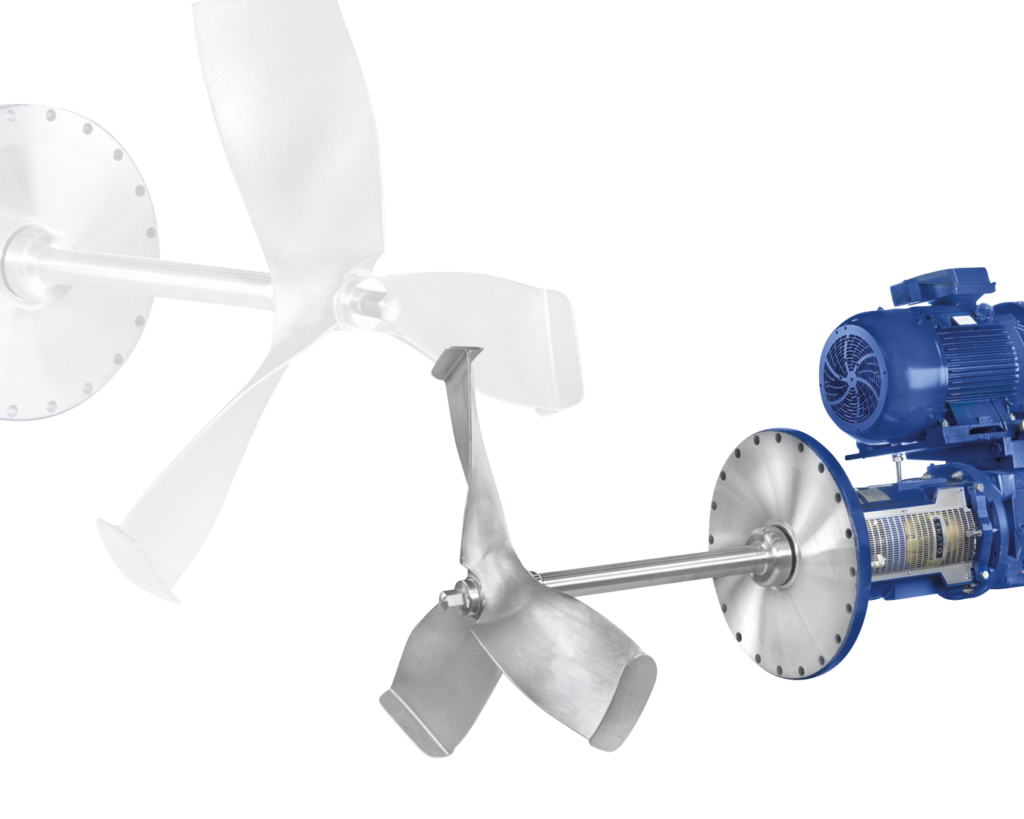 The EKATO HWL FGD Side-Entry agitator was specially designed to be used in absorber towers of flue gas desulfurization plants. 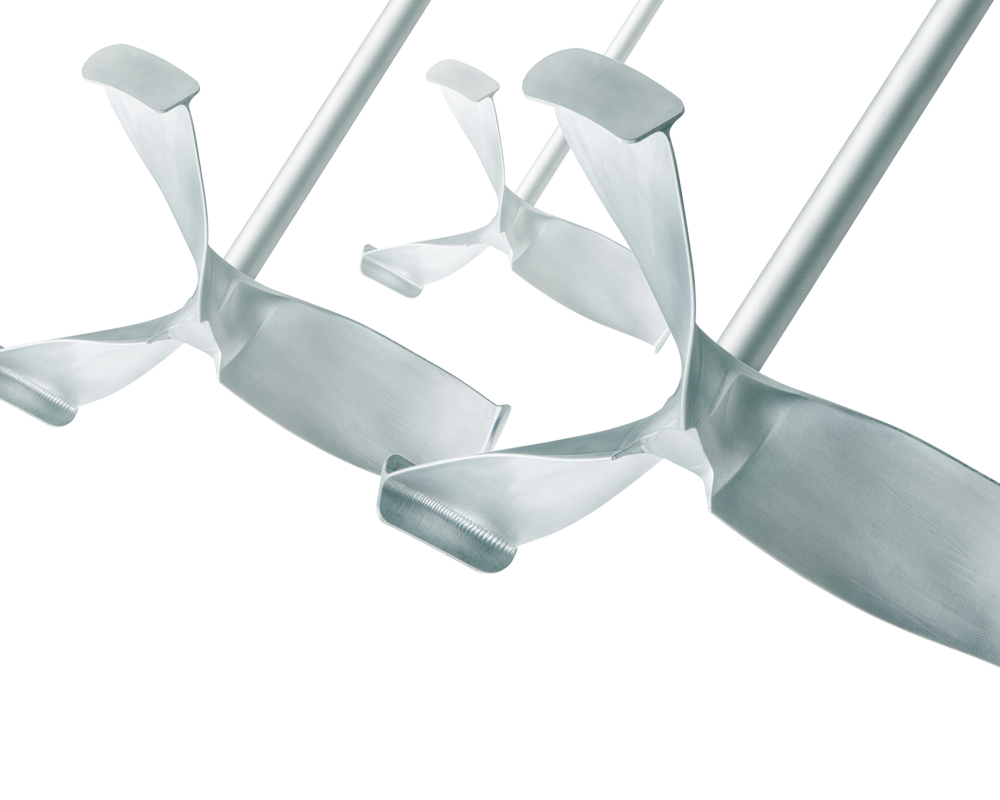 Developed for absorber towers in flue gas desulfurization plants, the WINGJET is the most successful and efficient impeller for this application. 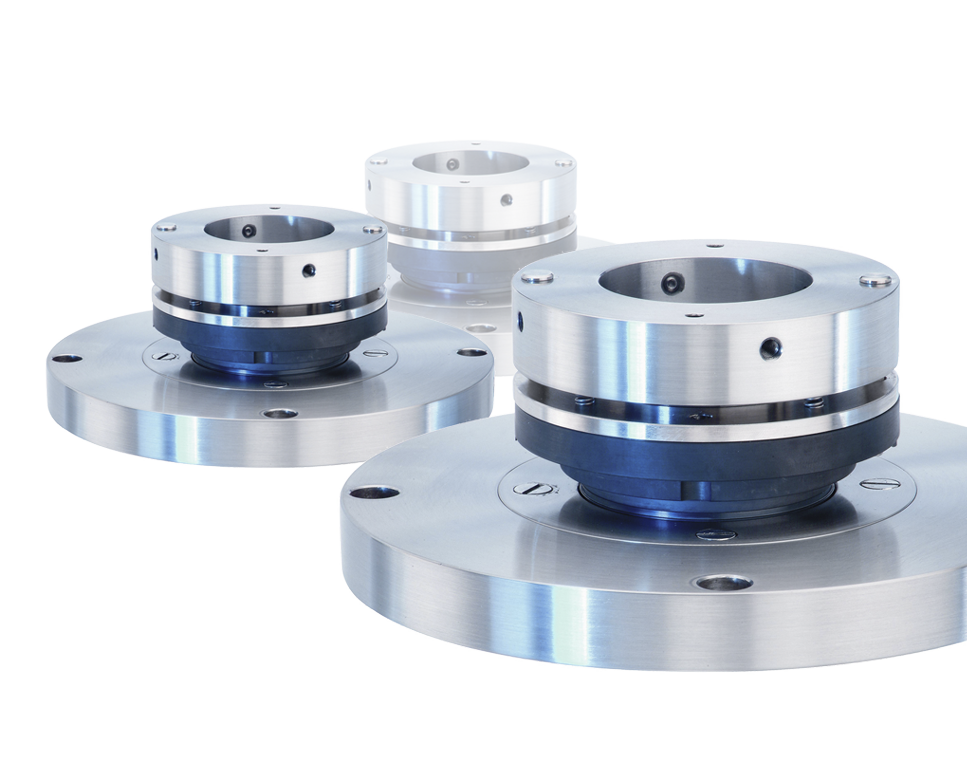 This type of mechanical seal has to be operated either under dry conditions or must be lubricated and cooled by the liquid product.